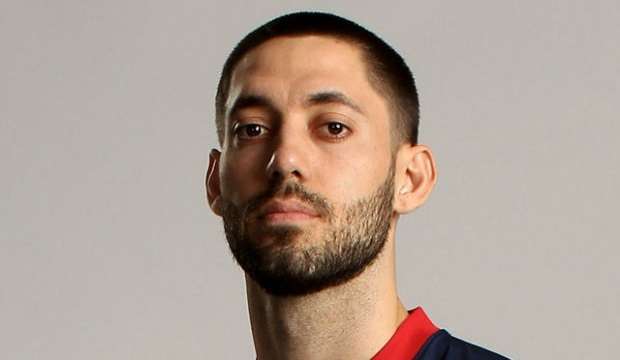 Clint Dempsey is that all-star American player who has been instrumental is some of USA team’s most crucial wins – in simple terms he is in irreplaceable player. Marred by an irregular heartbeat since birth, Dempsey has defied the odds to become one of America’s greatest soccer players of all time. Known for his sublime passes and hat tricks he has been an inspiration to many players today and for years to come. Despite the lingering health issue which forced Dempsey to retire from the game many times, he was always called back due to his skills and ability to lead the team to monumental wins.

Clinton Drew Dempsey was born inn1983 in Texas, USA to a family of nomadic parents who liked moving from one place to another. Raised along with his siblings, in a trailer park Dempsey was first introduced to soccer by the Hispanic community residing in the same trailer park as his family. Initially his brother Ryan got a call for trying out at a local elite youth soccer academy but Dempsey was eventually selected as the scout saw him huddling balls on the sidelines.  Soon Dempsey became a standout at the youth club. Dempsey first represented the American national team at the 2003 FIFA World Youth Championship and made his first appearance with the senior team in 2004, against Jamaica.

For a career spanning more than 13 years which include 130 appearances and more than 50 goals, Dempsey has proved that age isn’t a factor and still has more to give. His three goals against Honduras – two delivered in spectacular fashion – pulled him within two goals of Landon Donovan’s all-time team goal-scoring record. Dempsey is his nation’s fourth-most capped player and second top scorer of all time. He has represented the American national soccer team nation at four CONCACAF Gold Cups, – which he eventually went on to win twice, helped the team to the final of the 2009 FIFA Confederations Cup. He has also represented his team in three FIFA World Cups and became the first American to score in all three World Cups as well. Dempsey has also player for New England Patriots, Fulham and Tottenham Spur.  At Tottenham, Dempsey scored 12 goals across all competitions, making a total of 72 goals scored across all competitions for Premier League clubs. This is the most goals by an American in the Premier League, or any top league