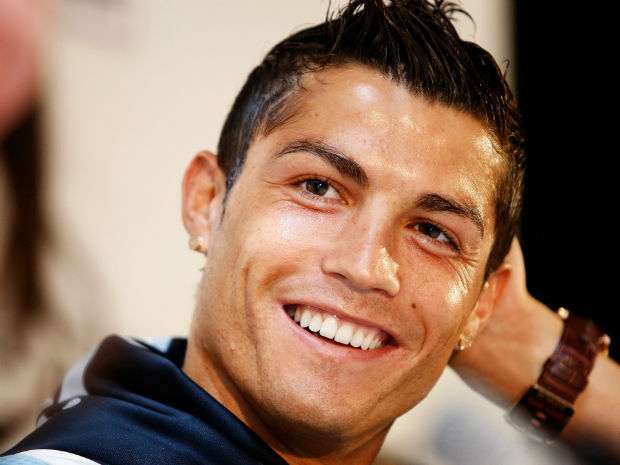 Portuguese soccer player, Christinao Ronaldo, is a world-renowned prolific goal scorer. He has played for his Portuguese national team and Spanish club Real Madrid. Ronaldo has been ranked among top-tier players of soccer. He began his professional career as an athlete playing for Sporting CP club. He won his first trophy playing for Manchester United during his first season in UK. The Portuguese Football Federation titled him the best Portuguese player of all time. He received numerous accolades for his unprecedented performance throughout his career. Moreover, he is amongst the top-paid athletes according to Forbes. Currently, he has taken up the responsibility of Portugal’s national soccer team captainship.

Born on 5 February 1985, Cristiano Ronaldo dos Santos Aveiro, grew up in Funchal, Madeira, Portugal. He belongs to a staunchly Catholic family. He spent the earlier part of his life in acute poverty. His parents performed blue collar jobs as his mother was a cook, while his father was a gardener. As a kid he had to share the room with his siblings; Hugo, Liliana and Elma. Being fascinated by the sport, Ronaldo started playing young.  He played for amateur team Andorinha and a local club Nacionalat in the beginning. He was 12 when he was signed up to play for Sporting CP, on a three day trial. Two years in the game, he realized he might have potential to play at a professional level. He dropped out of school to pursue his passion.

Ronaldo had quite a temper as a teenager. It has been reported that he was expelled following his violent behavior. He threw a chair at his teacher for being disrespectful to him. Furthermore, he was diagnosed with racing heart condition that could have ended his career even before it truly began. However, he underwent a laser surgery that enabled him to play. He went to practice just after few days of his operation.

The Sporting Club promoted him and he played under-16 till under-18. He eventually made his debut in the Primeira Liga, in 2002. His team played against Moreirense wining the game by 3-0 goals. The following year he was pursued by Manchester United to play for them. He became the club’s first Portuguese player. He became the youngest most expensive player in English football history following his transfer to Manchester United. Playing for the team he made his very first goal against Portsmouth and earned victory.

Ronaldo played several seasons with English team, scoring trophy winning goals. Where his professional career reached height of its success, he also became controversial figure. He was involved in several incidents that were deemed physically and verbally abusive. UEFA banned him for obscene gesture toward Benefica fans. He had been accused of hitting a teammate and kicking a Manchester United player.

Christiano Ronaldo received plenty of awards and accolades applauding his performances through years. Following are some of those achievements.

Furthermore, he has scored 17 goals, the highest number during UEFA Champions League 2013-14 season. His accomplishments include 200 goals in La Liga games, becoming the fastest player of all time.