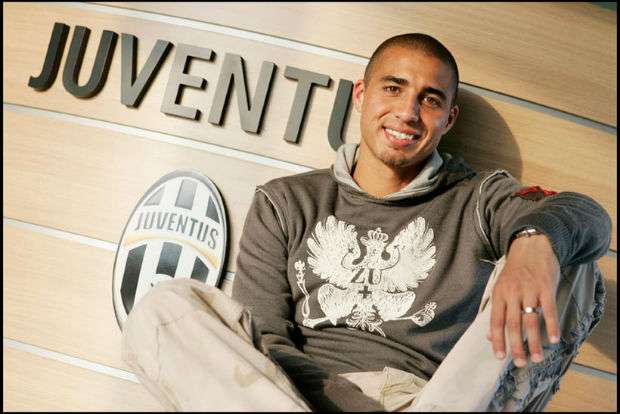 French soccer legend David Trezeguet knows better than anyone else that soccer is a very precarious sport. Despite being an icon of the game, Trezeguet experienced both the highs and lows of the game first hand and still refers to soccer as the ‘love of his life’ – despite retiring in early January 2015. The French striker is remembered most vividly for his strong of goals for his club Juventus and for making the winning goal for Les Bleus against Italy in the Euro 2000 final. In Juventus he is considered one of the greats and is a cult hero. During his tenure at the club he amassed a massive 171 goals in 318 games.  As one of the world’s best strikers he also had the power to score goals with both his feet – he scores 57 goals with his right foot, 31 with his left and just in case another 35 using his head only. He was in every true sense a dream athlete.

David Sergio Trezeguet was born in October 1977 in Rouen France to Argentinian parents. His father Jorge was also a soccer player and till the end of his career his father served as David’s agent. Due to his father David grew up in a soccer loving environment and by the age of eight he began his career in Argentina with Club Atletico Platense. By the time he was 16 Trezeguet was already playing professional soccer. The next year he joined AS Monaco where he scored 5 consecutive goals. For Monaco he won the Ligue 1 twice and was named Young Player of the Year. Trezeguet’s secret weapon was his mastery of the ball due to which goal keepers always had a difficult time reading the striker, he was so unpredictable and no one knew where the ball would come from next form him.  He was very adept at striking the ball which made him a huge threat.

Trezeguet left the club in 2000 having scores 52 goals in 93 matches.  He next moved on to Juventus where he quickly became a legend. Soon Trezeguet began getting a reputation as a ruthless striker; he was often compared to legends like Mark Hughes and Radamel Falcao. He became an expert at contorting his body into various molds and then striking the ball. The Euro 2000 was a good opportunity for him to display his body strengths in proper fluid-like proportions.  At an international level he scores 34 goals in 71 appearances for the French national team.  During his time at the French team he struck a very good friendship and partnership with fellow countryman Thierry Henry. He played actively for the French side from 1998-2008. He also played for France in their Under-18, Under -20 and Under-21 teams. Trezeguet represented France at the 1997 FIFA World Youth Championships, the 1998 FIFA World Cup and UEFA Euro 2000, the 2002 FIFA World Cup, UEFA Euro 2004 and the 2006 FIFA World Cup.

David Trezeguet is part of FIFA’s list of 125 greatest living players and in 2015 he was named one of the Golden Foot Award Legends.