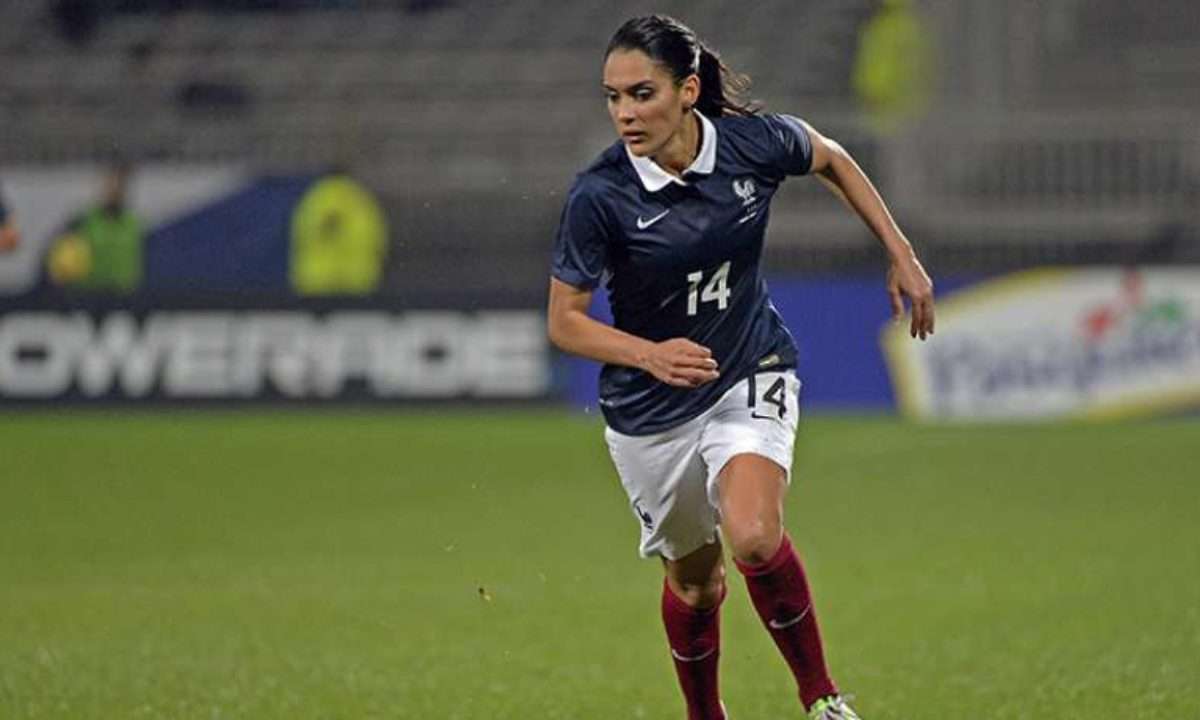 The game of soccer is adept with remarkable male players, whilst women’s soccer is on the rise there are very few players who made a strong mark. None as strong as French star Louise Necib, who is also referred to as the ‘classiest female soccer player’. The French media has labeled her as the female Zidane, due to the duo sharing the same Algerian roots and possessing the same soccer skill set. Necib always possessed a strong eye for goal and is affectionately referred to as ‘Ziza’, a variant of Zidane’s ‘Zizou’.  As one of the top players in the world, Necib enjoyed success at each level of her club and international careers, and stole the show at the World Cup in 2014. Necib retired from the game at a young age of 30 owing to her nagging injuries and her marriage to a fellow soccer male star. She also felt like she it ‘given her all to the game’ and it was time to focus on the next chapter in her life.

Louisa Necib was born in 1987 in Marseille, France. Like Zidane, Necib too grew up in a very poor district and was born to Algerian parents. Necib initially grew up wanting to be a gymnast as she referred to soccer as a ‘male sport’; however she eventually got bitten by the soccer bug and began playing actively against boys in her neighborhood. Despite her interest in soccer Necib still enrolled in university to complete her Bachelors.  Soon Necib joined the club Lyon side-by-side attending university as well. Necib began her soccer career playing for local youth clubs in her hometown of Marsielle which included the teams Union Sportive Marseille and Celtic de Marseille. With the latter club, she made her senior team debut in 2003 and, in the following season, helped the club win the Division 3 Feminine. In 2004, Nécib attended the CNFE Clairefontaine, which was the women’s soccer academy and spent two years there training. In 2006 Necib joined Montpellier and helped the team win the 2006–07 edition of the Challenge de France.

For Lyin Necib amassed eighteen titles over a nine-year span. These included nine Division 1 Feminine titles, six Coupe de France Feminine titles, three UEFA Women’s Champions League and the Valais Cup in 2014. She played as a central attacking midfielder and is considered to be one of the most gifted playmakers in the female game. Her comparisons with Zidane are based on her uncanny ability to subliminally pass the ball, elegant possessing of the ball and graceful technique in the field. The same qualities possessed by Zidane who also happened to be her role model. She has a total of 129 caps for France.  In total her career boasts 148 caps and 38 international goals.

In 2008 Necib was named as the National Union of Professional Footballers (UNFPA) as the Female Player of the Year. She was also named in the 2001 FIFA Women’s World Cup All Star Team.